The air heat pump has become a highly sought after renewable technology because of their obvious energy saving benefits. As National Grid gas and electricity prices continue to rise for UK homeowners, the attraction of generating onsite energy has become more appealing.

Utilising an air heat pump in your home will give you an alternative to paying out the expensive national prices for more than 25 years, saving you hundreds of pounds annually.

And this financial incentive isn’t the only reason to invest. On top of this there’s a Government scheme in the pipeline for domestic installations, expected to launch in 2014, known as the Renewable Heat Incentive (RHI).

The scheme was originally intended to open for applications in the summer of 2013 but has been pushed back to spring 2014. It will work in a similar way to the feed-in tariff for solar PV installations, paying out for each unit of energy produced.

Estimated rates for heat pumps are as follows:

Because of the delay, grants for the initial installation cost of heat pumps have been increased. The Renewable Heat Premium Payment (RHPP) scheme has been prolonged until March 2014 as well.

If you’re considering heat pumps then make sure to apply for the RHPP and receive a grant of:

The final details of the RHI are still being discussed and the Government are preparing to publish the policy in summer 2013 with payments going live from spring 2014. To receive the full payments with the RHI homeowners will need to make sure their property is energy efficient with upgrades such as wall and loft insulation.

Insulation helps to reduce heat loss in the home, reducing bills further. As such it’ll ensure none of the heat you produce goes to waste and escapes the premises.

No votes so far! Be the first to rate this post.

We are sorry that this post was not useful for you!

I have been managing online projects since 1999 and I'm a experienced marketeer, who is well versed in international brand management, online business strategy and developing long term relationships. Through my academic and professional background I am a specialist in generating online loyalty towards brands. My experience has taught me that ultimately business is about relationships and people. For more information see my Google+ page.

How does a Ground Source Heat Pump Work? 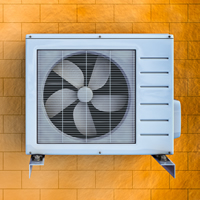 Can I heat water with an air source heat pump?

Air source heat pumps are becoming popular in the UK, mainly because of the lucrative Renewable Heat Incentive, which will earn you thousands of pounds in a very short period of time. Typically, heat pumps are used to help with your home’s...

3 Ways to Heat Your Home You Should Consider

How does a Ground Source Heat Pump Work?

How Much Space do you Need for Ground Source Heating?

We use cookies to help give you the best experience on our site and allow us and third parties to tailor ads you see on this and other websites. By continuing you agree to our use of cookies.